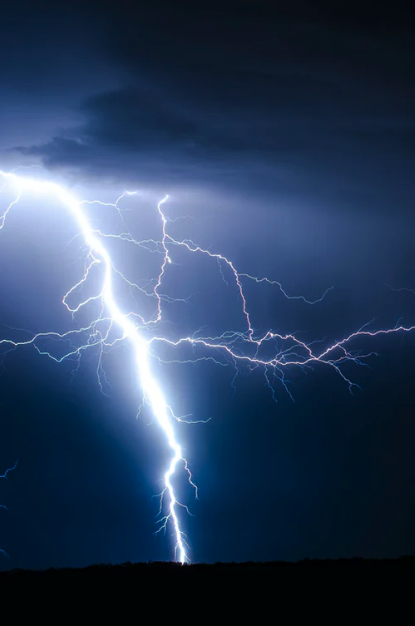 They exhibit fast response through the UHF region, and are constructed from proven transmission line, gas discharge components, discrete silicon components, and can be subjected to many transients.

The FCC-250B series are rated at 10,000 amperes for a duration of 10 microseconds. This series is available in a number of dc breakdown voltages varying from 75 volts to 2000 volts. This series has a pulse breakdown varying from 1000 to 3000 volts for a pulse rise time of 1 kv/nanosecond. The impedance of this series is approximately equivalent to 2.5 picofarads in shunt with the transmission line load. Versions are available for use beyond 3 GHz.

The FCC-350B series is rated at 20,000 peak amperes for a 10 microsecond duration. This series is available in various breakdown voltages varying from 90 to 20,000.

The FCC-250B and FCC-350B series are extremely fast in reacting to transient voltages. For dc trip voltages of 1 KV and higher the overshoot voltages of transients having a ratio of 1 KV/nanosecond is minimal since the trip voltages is achieved in approximately 2 nanoseconds. The impedance of these series is approximately equivalent to 3 picofarads in shunt with the transmission line load

The FCC-450B series Spikeguards provide transient protection for receivers and transmitters up to 100 watts of output power. They are ideal to protect sensitive semiconductor electronic instruments such as spectrum analyzers. 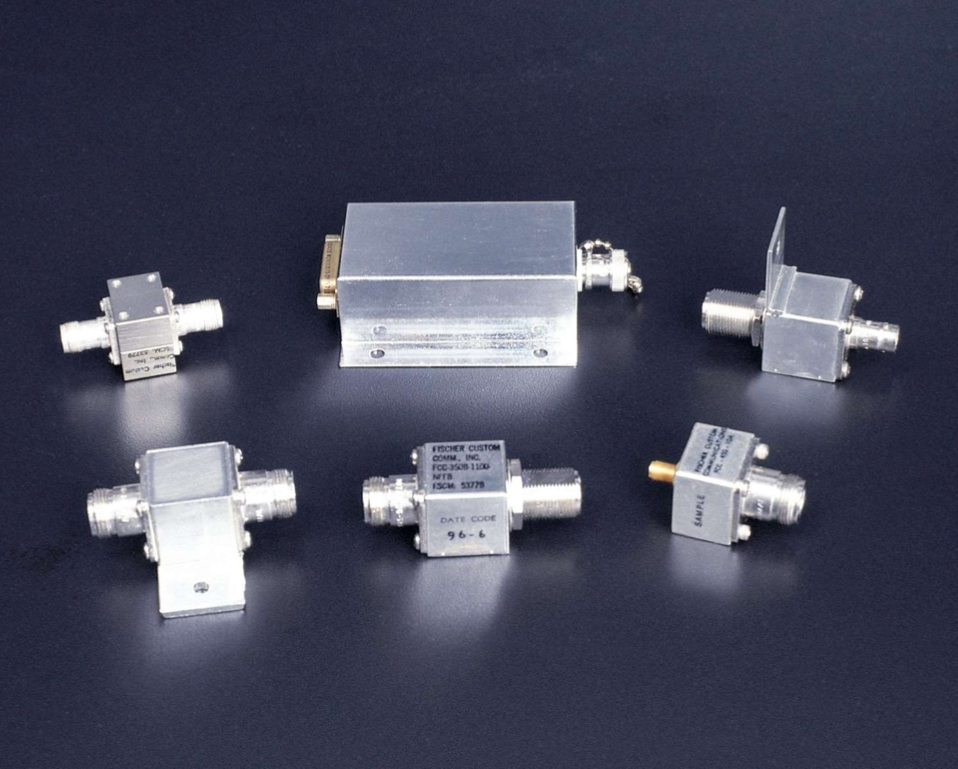 This hybrid combination provides optimum protection of both transmitters and receivers.

As an example, at transmitter power output levels approach one kilowatt the FCC250B series overshoot performance is nearly equal to that of the FCC-350B series.

The Spikeguard clamp voltage for a one kilowatt transmitter would ideally be about 1100 volts dc, in order to prevent inadvertent firing of the Spikeguard due to transmitter power and antenna VSWR. An 1100 dc volt rated the FCC-250B series will only overshoot to 3000 volts before clamping a 1 KV/nanosecond gradient transient This overshoot will only exist for a period of about one to two nanoseconds. Even for a 100 watt transmitter the condition is not much more severe. A 100 watt transmitter will be rated to clamp at 230 volts dc. A 1 KV/nanosecond gradient transient will cause an overshoot voltage of about 1500 volts. This will only permit the overshoot to exist for a period of approximately two nanoseconds. The energy permitted to exist during either of the two examples would not exceed 200 microjoules, which is insufficient to damage 100-500 watt transmitters.

Transmitter protection is recommended as follows

The FCC-550 series of TPD’s are custom designed to meet specific customer requirements and typically combine the FCC-250B or FCC-350B with the FCC450B series into one package. The FCC-550-5-RJ45 is an example of a very low capacitance TPD that is used to protect electronic instruments and IT systems that are connected via telecom cables having single, two and four pair for 10, 100 and 1000 base T communications. TPD’s for RS 232, RS 422, GPS and other communication and control protocols are available.

The FCC-350A series includes EIA flange suppressors that are ideal for protecting 1 to 10 kilowatt or multi-coupled low power transmitters from the effects of lightning and EMP.